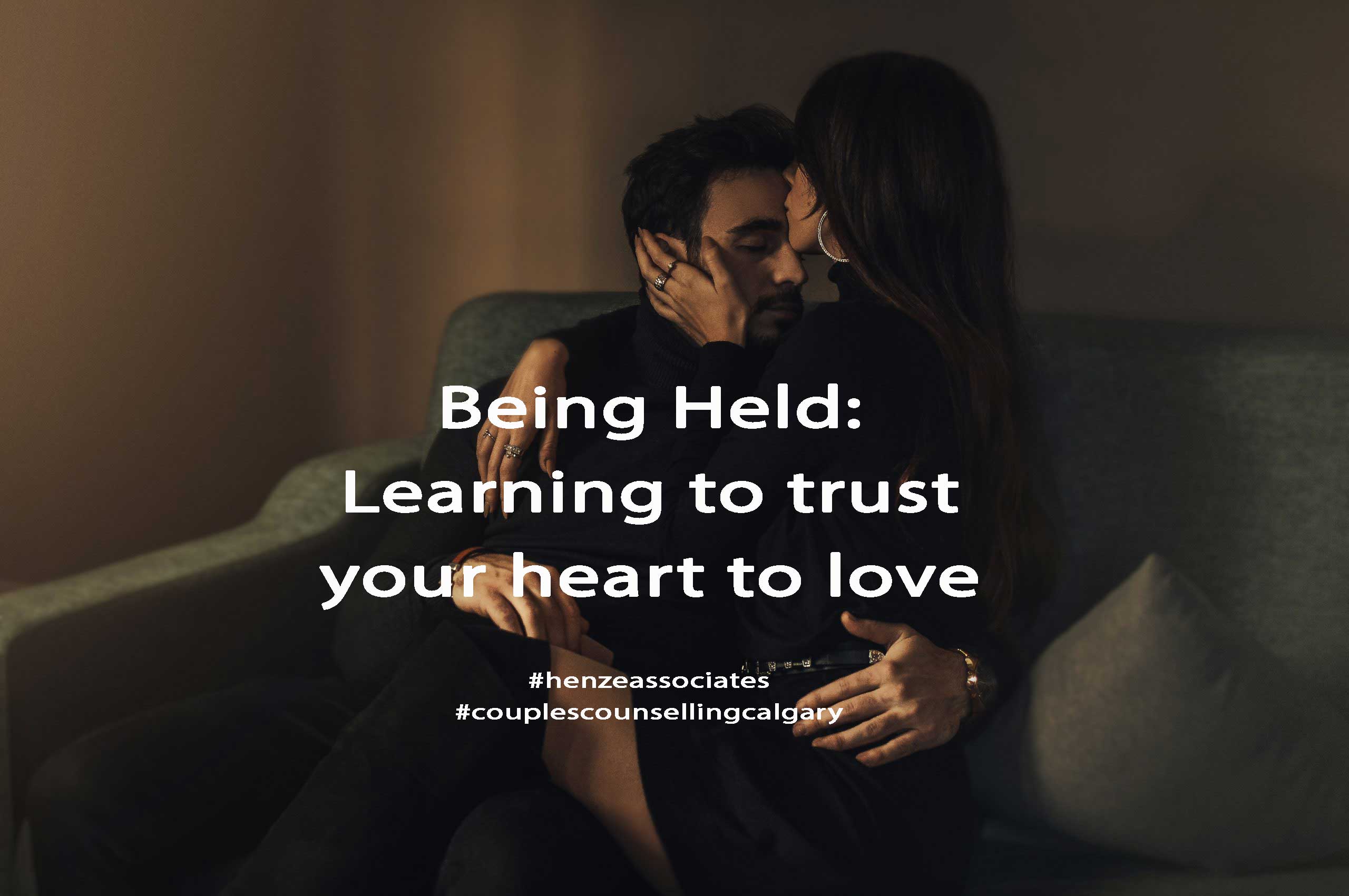 Couples Counselling Calgary: Discover a better way to be held

What does it mean to trust your heart to another?

Intimacy is a risk. If you’re not a little afraid, then you’re not doing it right!

Come and learn the art of holding another and being held in the most profound way possible at Couples Counselling Calgary.

Intimacy is not something that just happens between two people; it is a way of being alive. At every moment, we are choosing either to reveal ourselves or to protect ourselves, to value ourselves or to diminish ourselves, to tell the truth or to hide. To dive into life or to avoid it. Intimacy is making the choice to be connected to, rather than isolated from, our deepest truth at that moment.

In years gone by, relationships were primarily viewed in functional and utilitarian terms. You found someone at the same level of society, formed a legal alliance between two houses (which was usually called a marriage), and then had sex with that person to produce children. You then passed on the wealth you had accumulated to them such that they could care for you in your old age.

Society, justifiably, has become somewhat cynical about that sort of a union. In fairness, most of them were barely even affection based arrangements after only a few short years; some lacked even basic kindness.

However, the baby may have been thrown out with the bathwater. In our cynicism about that sort of transactional relationship, we seem to have forgotten the foundation our most profound relationships were to have been built upon:

The irony is, so few people even understand what that term means anymore. It’s become a slang term for sex, and that’s about it. Even those who use it correctly seem to lack understanding of what it means using it as a synonym for romance, physical touch, or just doing nice things for each other.

All of that is actually called “Affection.”

What does Couples Counselling Calgary do?

Apart from all of the cultural expectations, patriarchial systems, societal structures, and archaic levers of control, we teach couples how to succeed at intimacy and keep winning at it for life.

Intimacy is precisely what it sounds like: In-To-Me-See. It is the learned ability to share at the deepest levels of one’s person and receive the same from a partner. It involves mastering skills of vulnerability and compassion for another. That mastery, in turn, allows the development of ever-deepening trust and security, enabling you to share even more of yourself with another.

The purpose is incredibly simple: To create a bonded attachment capable of growing and changing through all of the changes that children, family, parenting, ageing, life stages, evolving physical bodies and sexualities may throw at a couple.

In simple terms, we teach couples how to surrender their hearts to love and then to stay surrendered forever.

Face it, real relationships are dangerous. Genuinely entering into intimacy transports you into a parallel dimension where another is allowed to come into you and, in doing so, see you as you see yourself. It’s terrifying because we know it can transform everything. And, to be clear, it absolutely will take over, shattering our selfish little schemes and rendering the arrogance of our ego-driven existences powerless.

But, it will leave us with the greatest gift anyone can receive: The soul mirror of another reflecting back to us the true worth and beauty we were created to display.

So, if you’re tired of all the cheap TV-psychologist gimmicks, annoyed by all of the vibrating silicon that pretends to enhance “Intimacy,” and are finally willing to take the dangerous but transformative steps towards something more, then contact us at Couples Counselling Calgary today!